3 ways to save Nemo and Dory

Finding Dory can inspire people to see fish in the wild – not bring them home
Sure, Finding Nemo was an awesome movie, inspiring a generation of people to love clownfish, now colloquially called "Nemos." Its intended message was to keep fish in the sea, where they belong.

But did you know that after the movie, millions of clownfish were plucked from coral reefs and plunged into aquaria? Everyone wanted to keep Nemo!

Global clownfish sales jumped 40% and many reefs were left without the happily-dancing orange fish. Sadly, many died at the hands of well-meaning but inexperienced aquarists – because those pretty marine fish are also pretty hard to keep.

The Best Alternatives Campaign estimates that in the Philippines, about 9 out of 10 wild-caught marine aquarium fish die within a year of capture. Only the hardiest fish, or those lucky enough to be bought by experienced aquarists, survive. 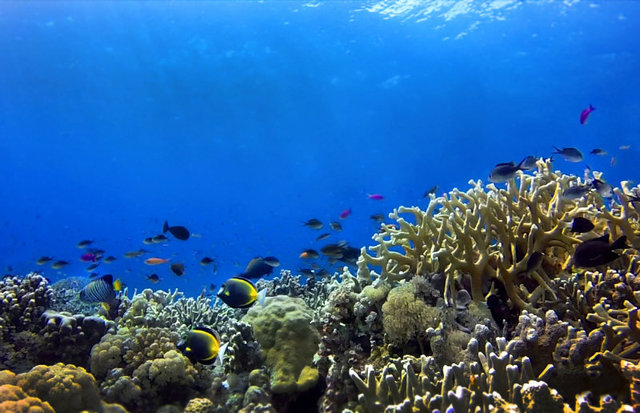 Instead of wanting to possess fish, let Finding Dory inspire us all to see them in their home – the big blue, where Nemo, Dory and all their friends belong. Shown is a healthy coral reef in Palawan. Photo from Greggy Yan

With the release of Finding Dory on June 17, a global spike in marine aquarium fish demand is expected. The Philippines and Indonesia are the world’s top exporters of wild-caught marine fish, supplying 85% of the trade, so Pinoy fishers will soon be scouring reefs for Nemo, Dory, and all their finned friends. What can we do to protect them?

Goldfish, guppies, tetras and many freshwater fish are bred by the billions and are well-adapted to aquarium life. Farm-raised fish are cheaper, hardier and environmentally-sound options to marine fish. Since raising aquarium fish can be 250 times more profitable than raising tilapia, it can be a sunrise industry for the Philippines.

Freshwater fish are our best alternatives to marine fish because only 10% of them are still caught from the wild, like African Rift Lake cichlids or angelfish from the Amazon River. Innovations in breeding might soon end the need to catch them in rivers and lakes while still supplying aquarists with the living jewels they love.

Marine fish are hard to keep because 95% of them are taken from the most stable environment on Earth – the ocean. Most can’t adapt to life in the average home aquarium, where water parameters fluctuate daily. Many are still caught with cyanide, which stuns hard-to-catch fish but kills up to 75% of them. Popular fish like angelfish, butterflyfish, and Moorish idols are specialized feeders which feed on coral, sponges, and other tasty treats the average hobbyist probably won’t be able to provide. This is why so few fish survive beyond a year. 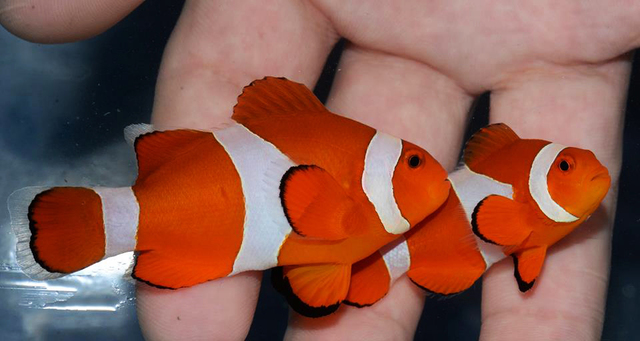 NEMO. Common Clownfish (Amphiprion ocellaris) are relatively hardy aquarium fish which can be bred in captivity. However, 75% of the global supply is still wild-caught. The Best Alternatives Campaign encourages clownfish breeding to ease the strain on wild stocks.. Photo from RVS Fishworld

Still, a few marine fish species can be kept in aquaria. Hardy and brightly-colored damselfish, gobies, and blennies are good choices. Clownfish are the most popular, accounting for 40% of the trade. There are actually 30 clownfish species and Nemo is aCommon Clownfish (Amphiprion ocellaris). Clownfish are relatively hardy and can be commercially-bred – but 75% of them still come from the wild.

Dory is another story. First, she’s not related to the Cream Dory we love to eat. Second, she’s very, very hard to keep. Dory’s a Regal Tang (Paracanthus hepatus) and feeds almost exclusively on algae and seaweed. She’s prone to parasites and gets sick easily.

Most importantly, the technology to breed her kind is still years off – so every singleDory you’ll see will have been plucked from the sea! If you really want to keep marine fish, then consult veteran hobbyists and forums like the Philippine Marine and Reef Aquarium Society (PMRAS), which encourages responsible fishkeeping. Get fish from reputable dealers like RVS Fishworld, which only sells cyanide-free fish caught by hand nets.

3. See them in the wild where they belong

Fortunately, the Philippines is part of the Coral Triangle and is among the richest countries in terms of marine life (this is why we export so much marine fish anyway). Diving or snorkelling here is way cheaper than in any other country. Wherever you are, there’ll be a reef nearby: Manila has the rich reefs of Anilao in Batangas, Cebu has Moalboal, Davao has Samal Island – even mountainous Baguio has La Union! 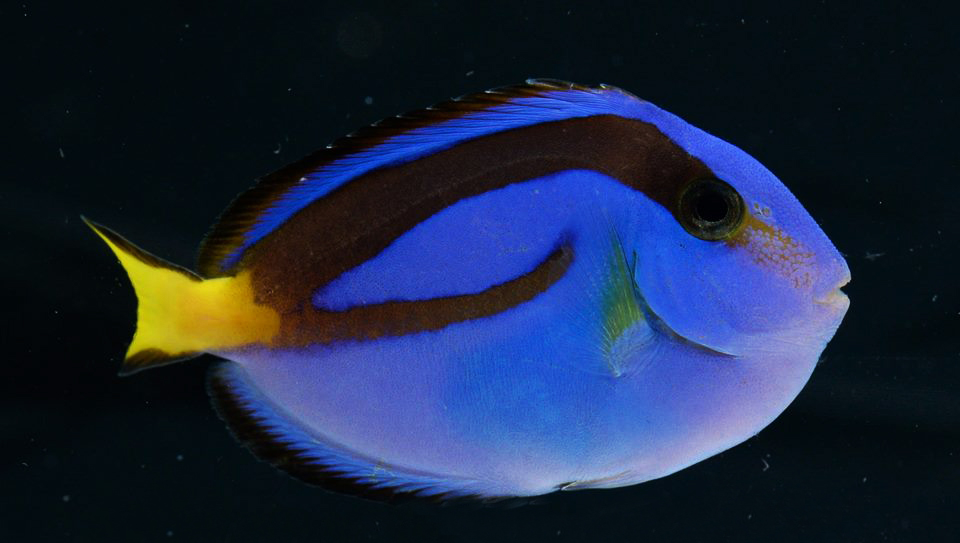 DORY. Finding Nemo’s Dory is a Regal Tang (Paracanthus hepatus) – an herbivore which feeds almost exclusively on algae. It is delicate and highly-prone to disease. Most significantly, it cannot yet be bred in captivity – so every captive Regal Tang will have come from a coral reef. Photo from RVS Fishworld

So what might happen if we don’t heed these 3 steps? Let’s look at another marine fish, the Banggai cardinalfish (Pterapogon kauderni), found only in Indonesia. According to conservation group Fondation Franz Weber and scientist Dr Alejandro Vagelli, from a global population of about 20 million in 1995, only about 1.4 million of them are left. Up to 500,000 are still caught annually to supply the aquarium trade.

This means that without immediate conservation measures, they’ll be functionally extinct in just a few years. The European Union has now submitted a proposal to control the trade in the species. A hobby should cultivate love – and fish enthusiasts would be the last to want to lose beauties like the Banggai cardinalfish.

To spread the word on the web, Best Alternatives is launching the #DefendDorycampaign by calling on netizens to change their profile photos from now to July. Instead of wanting to possess fish, let Finding Dory inspire us all to see them in their home – the big blue, where Nemo, Dory, and all their friends belong. – Rappler.com 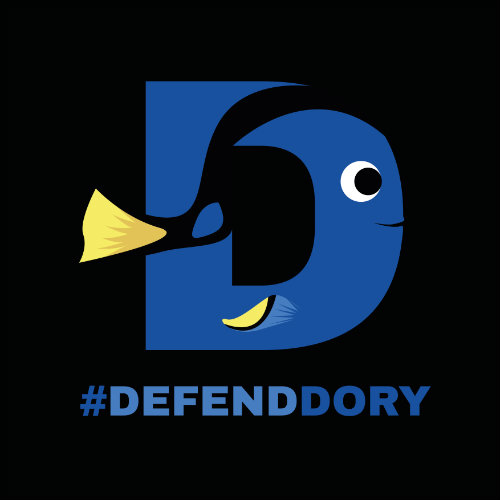 Netizens who want to show their love for Dory can change their profile pictures for the #DefendDory campaign – which asks people to see Dory in her home instead of wanting to own her in an aquarium. Logo design by Bates CHI & Partners Manila.